Happy Halloween! Hope the Great Pumpkin brings you lots of treats and maybe a few fun tricks, nothing too awful!

One of the things I used to do a lot in this space was my Thursday 13, where I would basically verbally vomit scattershot observations, comments and other random things, with the only common thread being that there were 13 of them. Mostly 13. Sometimes I forgot how to count.

I would like to continue that in the revived blog, but today I think I'm going to put a different spin on it and use my Thursday list to power-rank something. One of the things we like to do in the car on trips is make lists.  It keeps the conversation going and we learn new things about the people in our lives that way.  On a recent trip with the Elder Child, we set out to list the five bands that we would be happy with listening to for the rest of our lives. And we would have to be REALLY happy with them, because we would never be able to listen to anyone but those five again in the history of ever. There were some instant choices that were easy-peasy, lemon-squeezy to make, and others that were tougher. So I've decided to expand on that (and in the process make the task easier, because I have EIGHT more choices!) and give you my Top 13 Favorite Bands/Artists.

So, in no particular order, are the 13 artists that I would choose if I had to listen exclusively to them for the rest of my life:

(and, yes, I realize I'm leaving out oh so much from the 1980s, but most of those acts were one-hit-wonders, and as much as I loves me some 80s, I don't think I really could listen to 99 Luftballoons for the rest of eternity. Sorry Nena!) 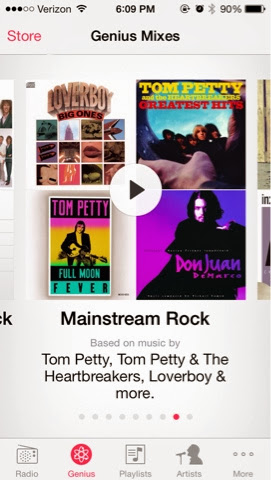 As part of my employer's human resources benefits, we have a very robust Wellness Gold program available to us. It encompasses six aspects of Wellness, beyond the usual physical & mental components typical of such things. The six dimensions include:
Physical
Occupational
Spiritual
Emotional
Social
Intellectual
There are lists of tasks for each component that we are asked to complete, along with journaling, self-assessments and reflections. I thought it would be fun to share some of those observations and exercises here.
The task I've chosen to highlight today falls under the Emotional Wellness category. I was to consider a time I've needed help, asked for help, and received help.
This is easy for me, as if you know me at all, you know that I'm about 2 degrees removed from being a hot mess. Luckily. I have been blessed with an amazing network of friends who would walk through fire for me, no questions asked, so I have resources readily available when I need help. Sometimes that help is just a confirmation that my initial response to a problem is on target, or sometimes I need true troubleshooting and advice on a course of action. And most often, I just need encouragement and a kind word, and a reminder that things will work out.
I have many friends that I can count on for this, but the two that come to mind most readily are Marci & MK.  They are always available, without judgement, to listen, to reason with me, to tell me what I know but am too frazzled to remember. And once in a while, when warranted, they smack me (figuratively) upside the head and tell me to get a grip. Not only that, but they do it with a smile and a sense of humor that never fails to not only help me with the crisis du jour but put a smile on my face.
For that, I am grateful. And I hope that I am even half as beneficial to them when they need the same as they are to me. 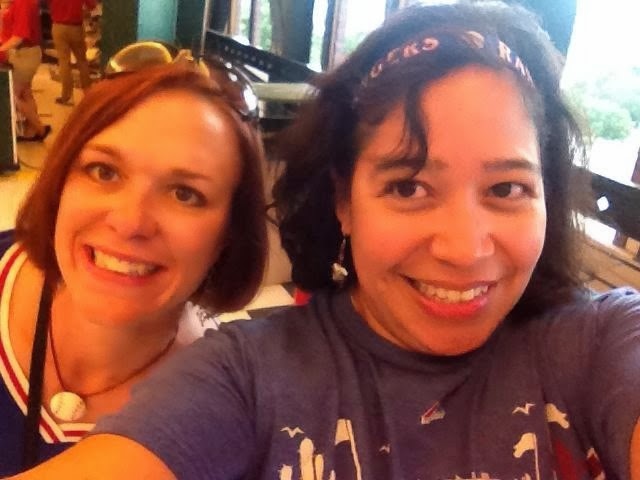 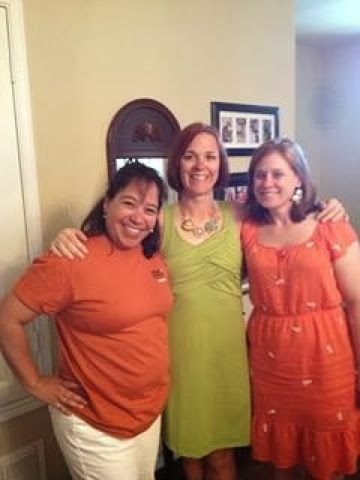 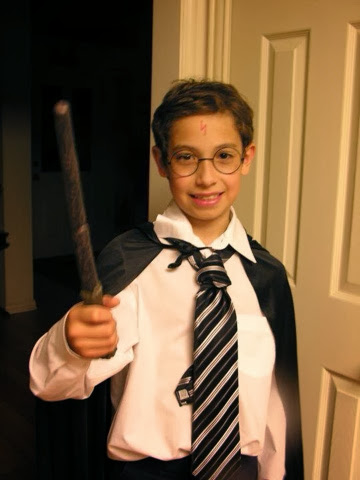 One of the things I love most about my family is our tendency to create traditions around nearly everything. As my boys were growing up, I felt it was my role as the mother to create a sense of family and nurture activities and memories that were uniquely ours. Traditions to me are things that set us apart from other families, that root my boys in the comfort of home, that provide some constancy and comfort year after year.

Now that I'm dusting off the blog, I think I will spend at least one Tuesday a month talking about traditions, things that we do in our house that help us bond as a family, either around holidays or trips, or just day-to-day things.

October means Halloween, and that means costumes. And one definite tradition was our home-made costumes. With the exception of a Buzz Lightyear costume (that was actually mostly a year-round cosplay thing before cosplay was cool, though, so we will give it a pass) almost all of the boys' costumes were handmade/assembled. And there were some cool ones over the years. Their creativity always shone through, even if our handiwork in putting them together maybe wasn't perfect. But that was part of the fun. 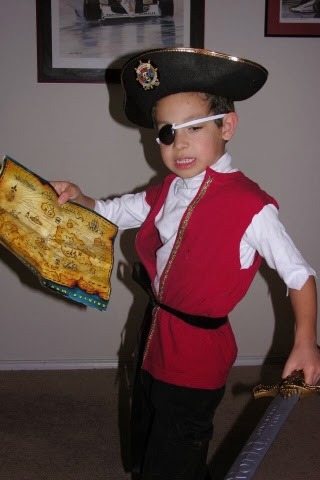 Now that the Nerdlet is 13, he's not going trick-or-treating this year, and our tradition seems to have come to an end. I would be more sad about that if we didn't have such great memories of costumes from years gone by. 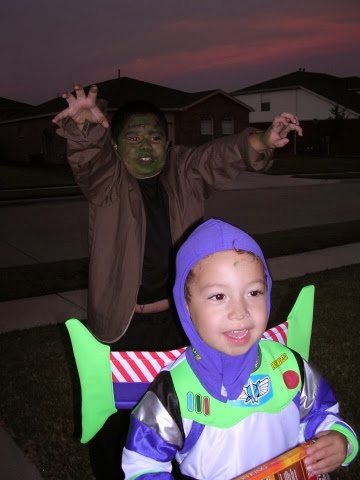 And I would also miss it more if we weren't such nerds that we dress up for comic & scifi cons! Thanks to cosplay and it being somewhat socially acceptable to dress up at cons, we can continue our traditions year-round!! 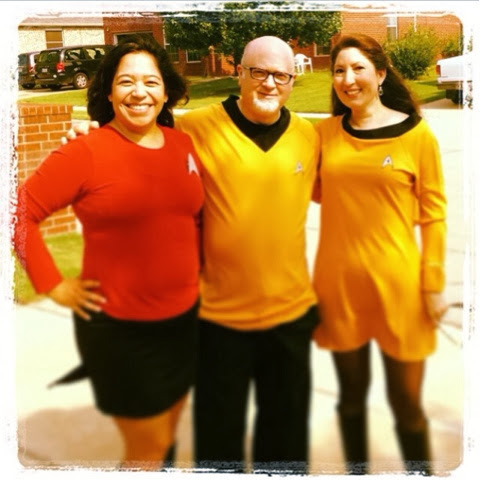 What was your favorite Halloween costume, as a kid or as a grown-up?

What are some of your favorite traditions? 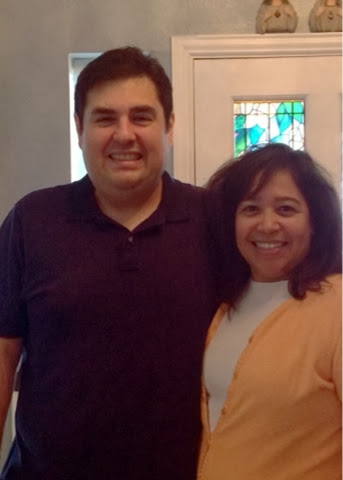 I laughed too loudly and had too much wine with my friends yesterday afternoon, and I stayed up too late watching the Boston Red Sox tie the World Series to those dastardly red birds. I skipped my morning run in favor of snuggling with my husband (who, by the by, has quietly accumulated greater weekly mileage totals than me lately). I had two pieces of cake. And I regret none of it. That's the freedom of 44, y'all. It kinda rocks.

So, what's been going on? A little of this, a little of that, and not much of anything. I've got some plans cooking for the next few months, nothing monumental. But one of the things I want to do is get back to blogging, get back to capturing the daily ramblings in my head. I miss being able to go back in time and remember what was going through my brain, like I was able to do when I blogged more. So that's the goal for this, my 44th year. Some days you'll get a picture (probably a lot of days you'll get a picture), some days you'll get a workout summary, or a race report (racing?? what is that??). More likely you'll get a rant, or some silliness like a poll or a questionnaire. Who knows. The only rule is that there are no rules. It's my blog, and I'll do what I want with it. You're welcome to come along for the ride! 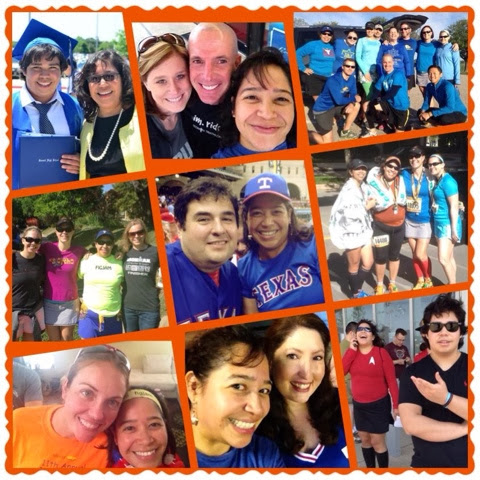